How to send a new automated campaign to existing contacts

In EmailOctopus, you can create workflows that send time-based, automated campaigns to your subscribers. It's possible to add new campaigns to a workflow over time, but some people might not receive them if they are already past the sending time specified in campaign settings.

For example, if your contacts were added to a list yesterday, and today you added a new automated campaign to the workflow set to go out seven days after people signed up, they will receive it in six days.

On the other hand, if you imported subscribers a week ago, and today you added an automated campaign set to go out two days after people signed up – they won't receive it, because they're already five days past that point in time.

If you'd like to send that campaign to contacts that are already past the day in the cycle, you can do that using segmentation.

First, you need to convert your automated campaign into a regular campaign by saving it as a template and choosing it as a base for a new message. You can learn more about this process here.

Then, when sending this campaign, use segmentation to send it to people who subscribed before a date that would make it impossible for them to receive this campaign. Here's an example:

You created a campaign set to go out 3 days after people sign up. It's June 4th. People who signed up from June 1st onwards will receive it normally, and people who signed up before that date can get it as a regular campaign using a segment like this: 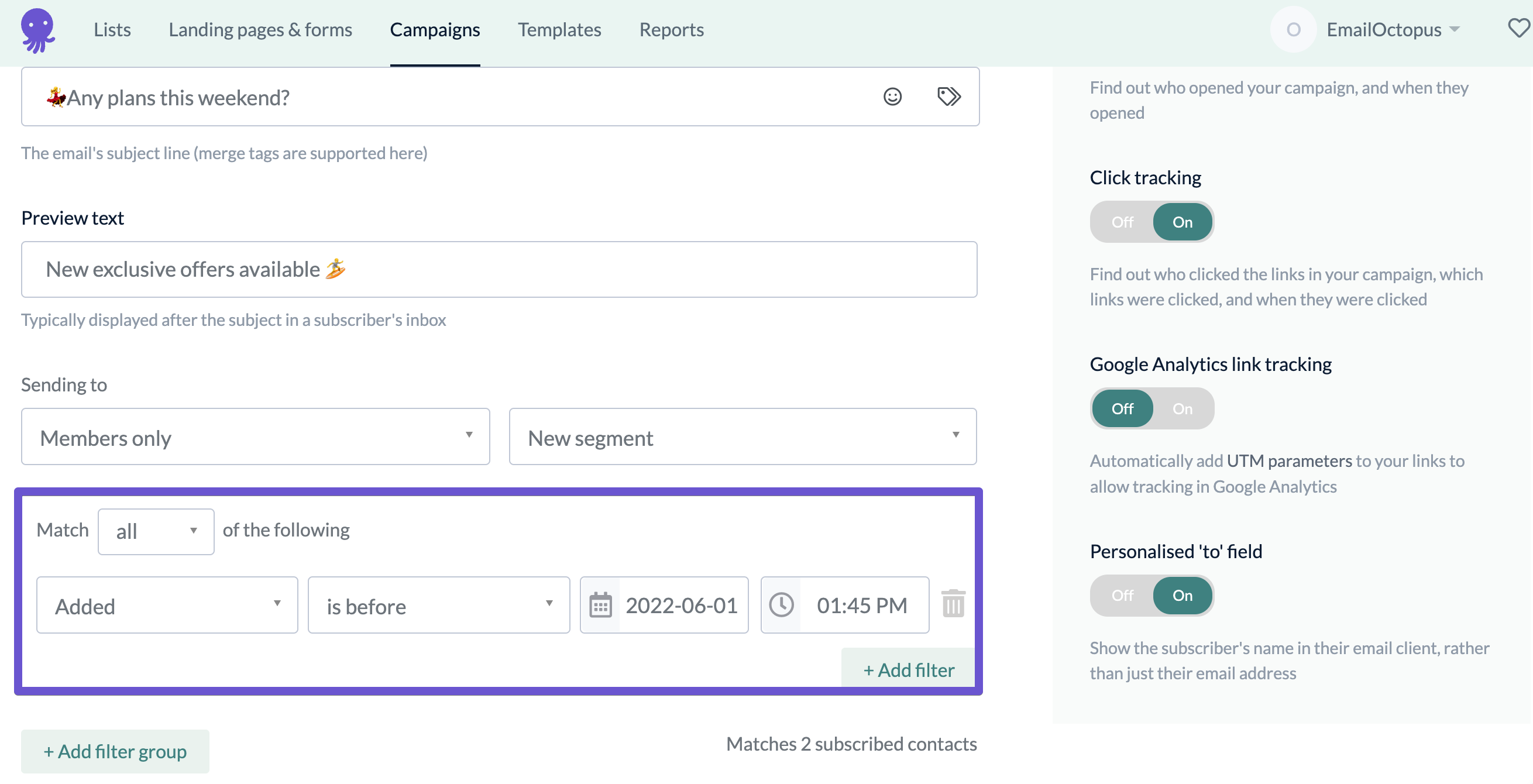