This feature is currently in Beta

Segmentation on campaign activity is currently in Beta. If you don't see it in your account and would like to try it out please join our Beta program. While in Beta data related to campaign's sent before 17 November 2020 may not be available.

You can re-send a campaign in a couple of clicks to subscribers who did not open your last email. Here's how:

Step 1: Duplicate the campaign you want to re-send. 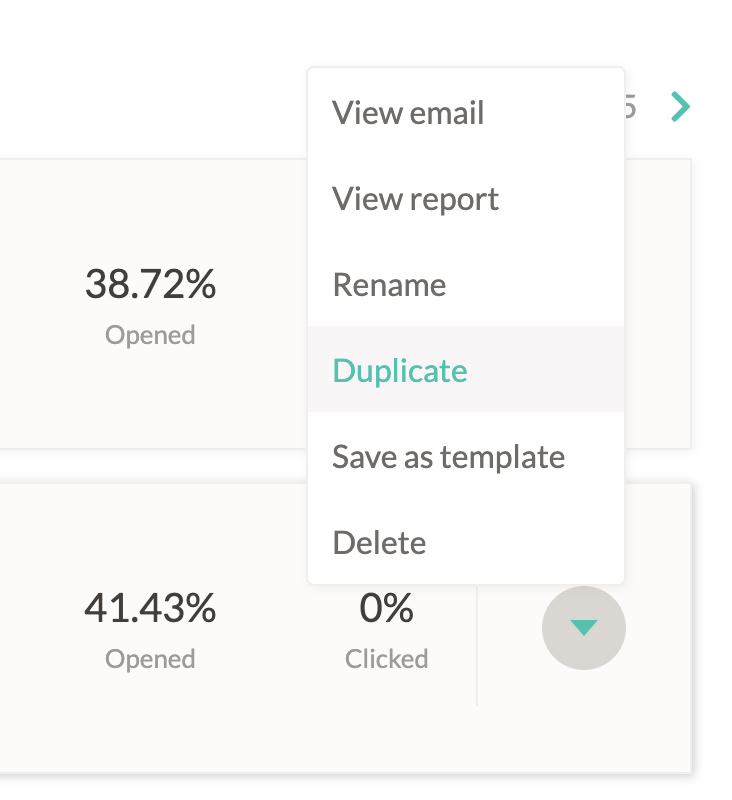 Step 2: Now edit the campaign. When selecting who to send it to, click the "All subscribers" dropdown and select new segment.

Step 3: Select the option of segmenting on "Campaign Activity" and "Did not open". You can then choose to choose a group of subscribers who didn't open your email. The options available are specific campaigns or wider options, used to identify inactive subscribers, such as "Did not open in last 60 days".

Step 4: You may also want to stop subscribers who didn't receive an initial campaign from being included in the send. These will likely be contacts who subscribed after that send. You can do this by applying the following conditions:

And that's it. Your new campaign will be sent to contacts who didn't open your campaign!

If you're not quite ready to try out the Beta, or want to use data from before 17 November 2020, you can also do this process manually following the steps below

Go to the Reports section, find your initial campaign, select "Opened" in the Activity dropdown, and export that list of contacts.

Go to Lists and view the list you sent your campaign to. Click Add Contacts, and import those contacts into your existing list. Selecting the "Update contacts option". 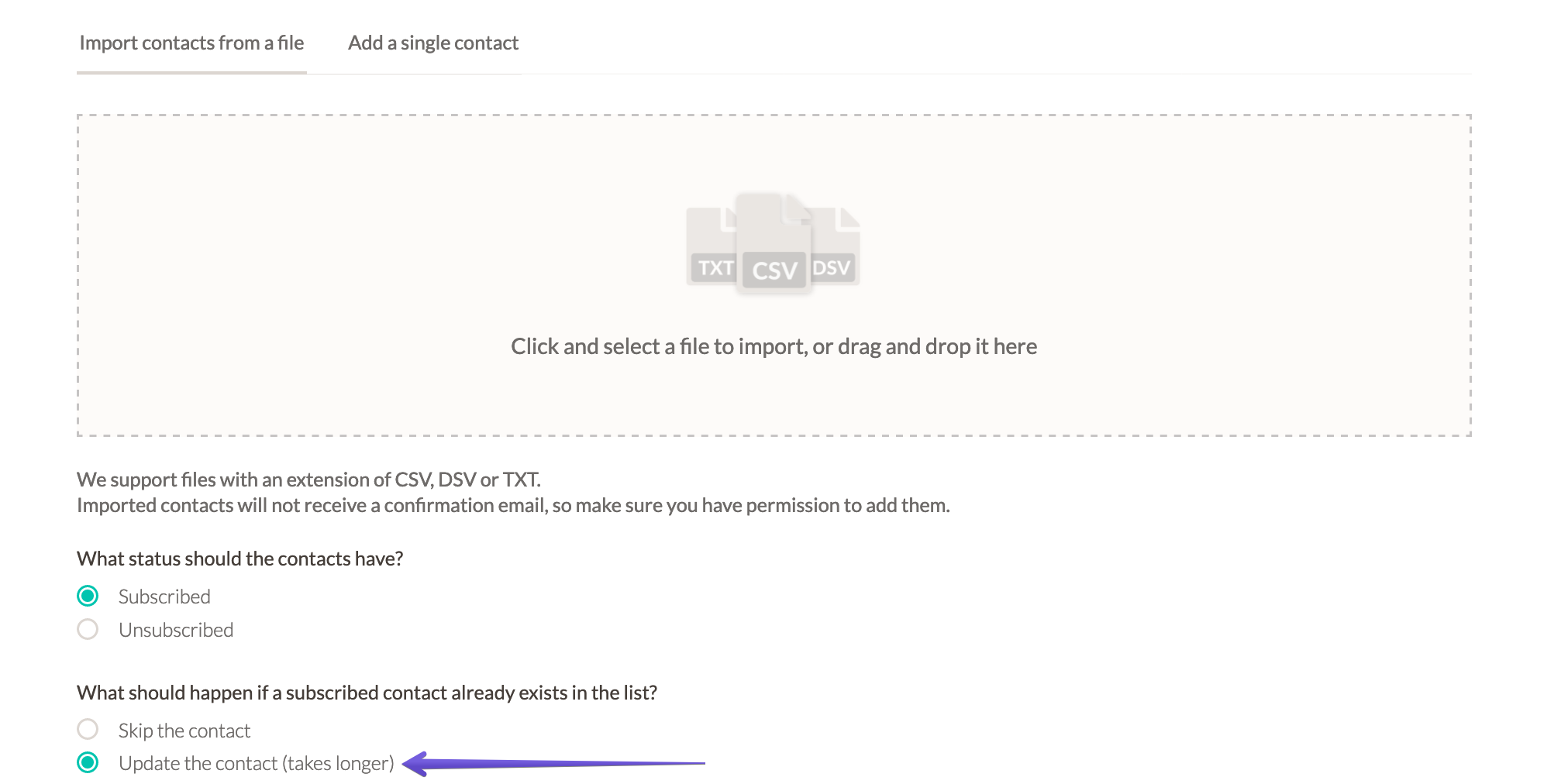 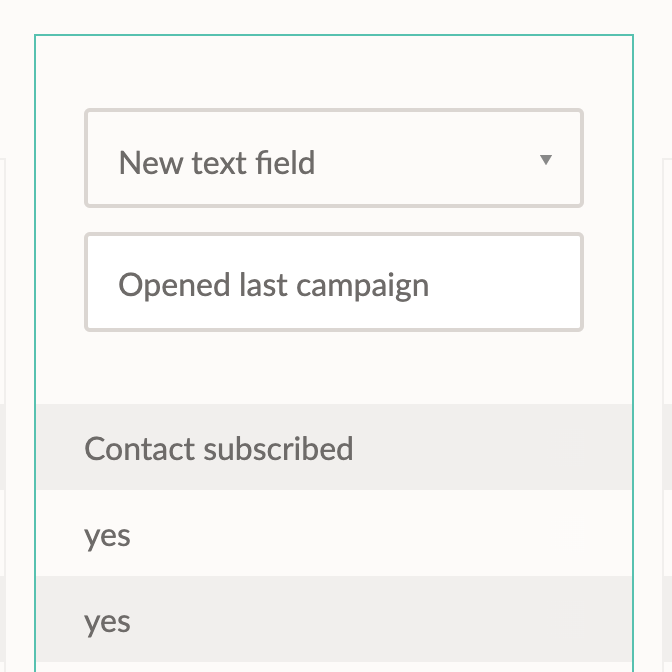 Create or duplicate your new campaign. During the campaign creation process, send to a segment of your list and create a segment with the following options in order to send to anyone who didn't open the last campaign.

That way, your new campaign will be sent to contacts who didn't open your previous message.